Today I'm happy to officially release version 1.3 of Taffy, continuing my quest to keep to a greatly-reduced release cycle: 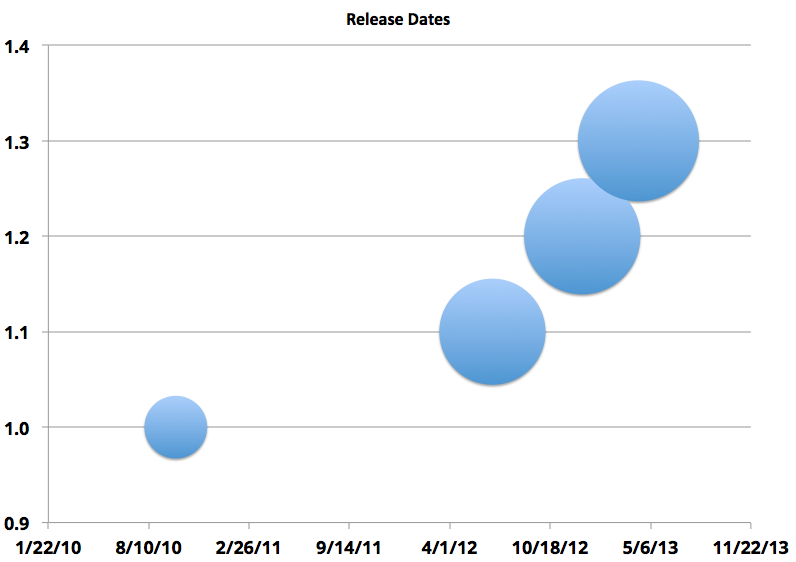 I don't want to release so often it's annoying to have to upgrade, but still often enough to get bug fixes and new features out. How does 2 releases a year sound?

As always, the full changelog history is available on the Release History page of the wiki.